Allow Ukrainian People and Their Animals Safe Harbour in the UK

Since Russia invaded Ukraine and continues to attack, hundreds of thousands of people have fled the country. Many already traumatised people are facing the impossible decision of leaving their beloved animals behind due to the protocol for non-commercial movement of companion animals into the EU.

PETA is calling for restrictions to be relaxed so that animals who are entirely dependent on their guardians for survival are not separated from their families – and left to die. 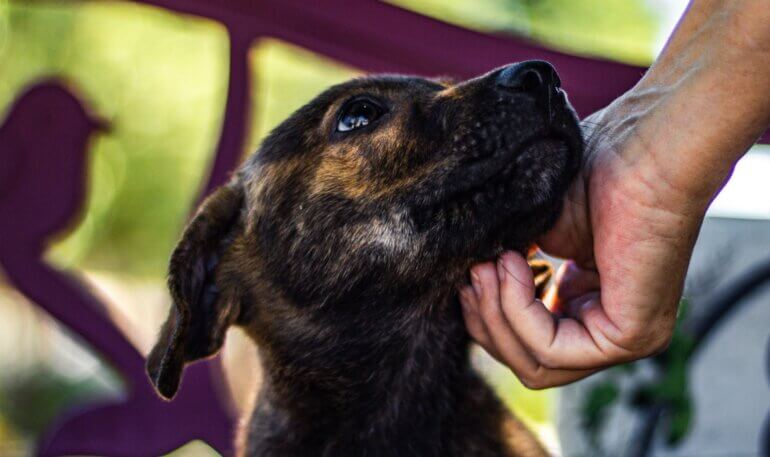 Animals Left Behind at Borders

The current regulations for bringing companion animals into the EU and the UK are impossible for refugees to follow in a state of war. They require that animals such as dogs and cats be vaccinated and microchipped and have a negative blood test for rabies – and many animals don’t meet the criteria.

PETA UK is receiving differing reports about the process at Ukraine’s borders. In most cases, it appears that animals travelling with their guardians are not being allowed into the EU if they are not at least microchipped or tattooed and vaccinated against rabies. A blood test usually required for entry is only being waived in certain countries if the animal will be placed under quarantine conditions at the destination.

As a result, numerous animals are being released and abandoned in the border area.

What Are PETA Entities Doing to Help?

PETA UK has sent a letter to George Eustice, secretary of state for environment, food, and rural affairs, urging him to ease entry restrictions so that Ukrainian refugees may enter the UK with their animal companions. PETA entities in Germany and France have also sent letters asking that the EU temporarily simplify the entry requirements for animal companions and, if necessary, set up sufficient quarantine stations to help combat potential cases of rabies.

Animal Companions Will Starve and Die of Thirst Unless Help Comes

The situation is shocking, and the EU must not forget that countless animals are also suffering in this emergency and are entirely dependent on their human families to care for them. They will suffer prolonged and terrifying deaths if left behind to fend for themselves.

The besieged human victims are fleeing bombed houses to protect themselves – and their animals. In order to bring their entire family to safety, animals must also be allowed to travel across the national border.

We’re calling on the UK and the EU to temporarily suspend restrictions so that the family bonds between humans and animals are not destroyed as well as their homes.

There are increasing reports that Hungary and Poland are making entry for animals less difficult than other countries. Poland is allowing entry if transition papers are filled out, although it is still insisting on vaccination against rabies and microchipping or tattooing. The titre test – a blood test that can show whether a companion animal has antibodies for a particular illness – is only omitted if the animal will be quarantined at the destination.

Hungary is reportedly relaxing entry requirements further. If transition documents are filled out, animal companions appear to be able to enter the country without a microchip or tattoo and without proof of a rabies vaccination or the titre test.

We will update this page with news as we receive it.

Speak out for the animals in Ukraine by urging government officials to relax the UK’s rules, allowing entry for beloved animal companions!

Please make sure your comments are polite. Feel free to use the text below as a template:

Many already-traumatised people are facing the impossible decision of leaving their beloved animals behind due to border restrictions. @DefraGovUK please allow Ukrainian people and their animals safe harbour in the UK #AnimalsOfUkraine #StandWithUkraine

Sharing our content may mean you also share your personal data with the chosen social media platform. Find out more here.