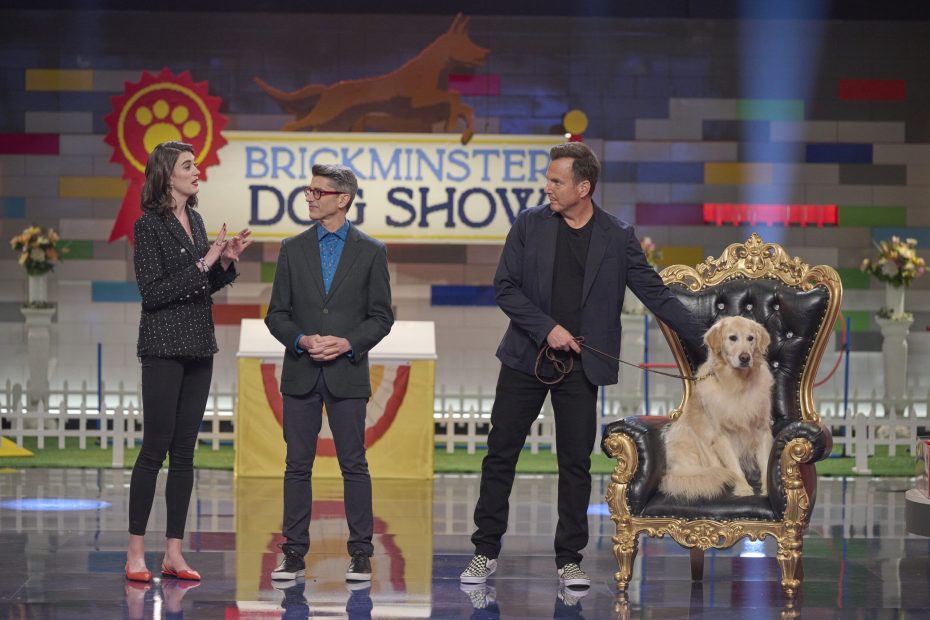 But on this week’s episode, airing tomorrow, Oct. 26, we learn of another shared passion — a love for dogs — as teams are challenged with first building a life-sized dog completely out of LEGOS and then walking it down a runway on a leash in the first ever LEGO Masters Brickminster Dog Show.

“It was the best day of my life!” says Emily, a self-proclaimed Chihuahua lover, dog mom, fosterer and volunteer through the BC Chihuahua Rescue.

Emily is brought to tears — and screams of excitement — at the sight of a pack of dogs, each a different breed, running toward the contestants.

“My voice reaches a pitch that only the dogs can hear,” she jokes.

Dave explains that when building, they tried to capture key features of their specific dog breed like the eyes, the texture of the fur, the perkiness of the ears, the shape of the paws and the swoop of the tail — categories that the judges, including LEGO Masters host and executive producer, actor Will Arnett, take into consideration slot online when picking which team created the most accurate replica of their dog breed.

“We had a challenge because our dog was quite small and we had to get it fluffy enough to capture the fur of the dog and still keep it tiny,” Dave says. “It’s hard to build soft fur with LEGO bricks.”

To get their LEGO dog down the runway, Dave chose boat sliders, which ended up looking like padded skin, to fit under the half-an-inch-wide paws. Other teams who were replicating larger dog breeds used wheels or tires in between paws.

Emily walked their real dog, who had sat on her lap for the majority of the multi-hour build, down the runway. She recalls Brickmaster Jamie joking, “’You guys need to have four hands building LEGO; you can’t just sit there and pet the situs slot online resmi dog the whole time.’”

But having dogs on set felt natural and comforting to both Emily and Dave, who each have their own dogs at home — Emily a short-haired Chihuahua named Harlow and Dave a rescued Terrier — and who are typically by their sides while they build.

“Neither of us had ever built a life-sized dog before, but we always wanted to,” says Emily. “I loved our build.”

Who takes home Best in Show at the Brickminster Dog Show? Find out tomorrow when the episode airs on FOX.