Unprecedented monsoon rains have caused massive flooding in Maharashtra, killing hundreds and putting the lives of untold numbers of animals at risk of drowning, starving to death, and becoming ill because of sewage-contaminated water.

Animal Rahat rescuers are wading through those floodwaters, seeking frightened animal survivors and carrying them to safety.

One dog, trapped in a house surrounded by water, was wailing so loudly that Animal Rahat’s team heard her from a few streets away. They followed her cries and discovered that she had been cornered by floodwaters on a concrete slab without any way to get food. When they approached her, she lowered her head and excitedly wagged her tail. Her eyes widened when a team member offered her some kibble! She quickly downed the food while another team member made a makeshift raft out of flex board and an inner tube. The team gently put her on the raft and led her hundreds of yards to dry land. 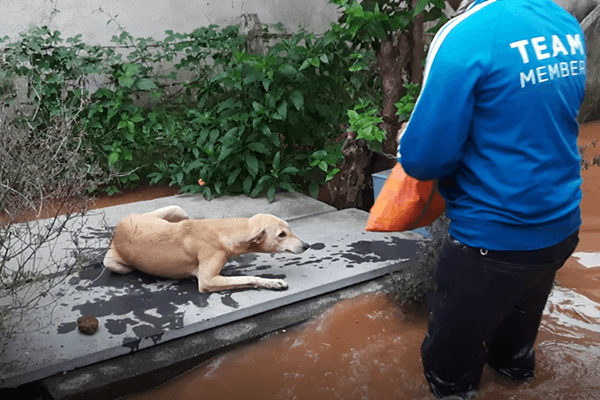 In another flooded area, teams rescued a dog in the nick of time. She was desperately treading water in a sugarcane field, with no sign of dry land, and was close to succumbing to her exhaustion.

One of Animal Rahat’s rescue workers, Sharat, cradled her close to his body, gently reassuring her, and waded through hundreds of yards of fields to find a way out of the water. He eventually came to a construction site, where she could be fed until the waters receded. 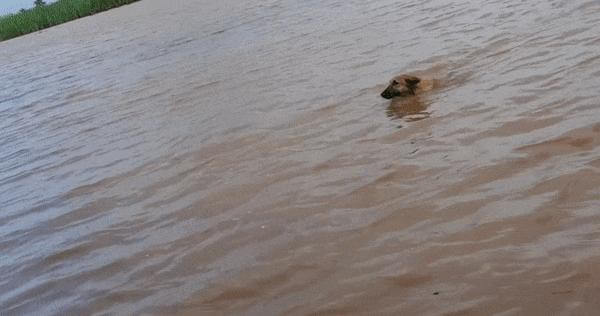 Please give an immediate boost to Animal Rahat’s lifesaving work in India by donating today!