Thousands of dogs are being bred at a factory farm in Cambridgeshire for excruciating experiments.

New – and deeply upsetting – footage by Stop Huntingdon Animal Cruelty shows whimpering beagles being forced into overcrowded crates, some just by the scruff of the neck, to be taken away and transported to labs across the country that will perform painful experiments on “man’s best friend”. 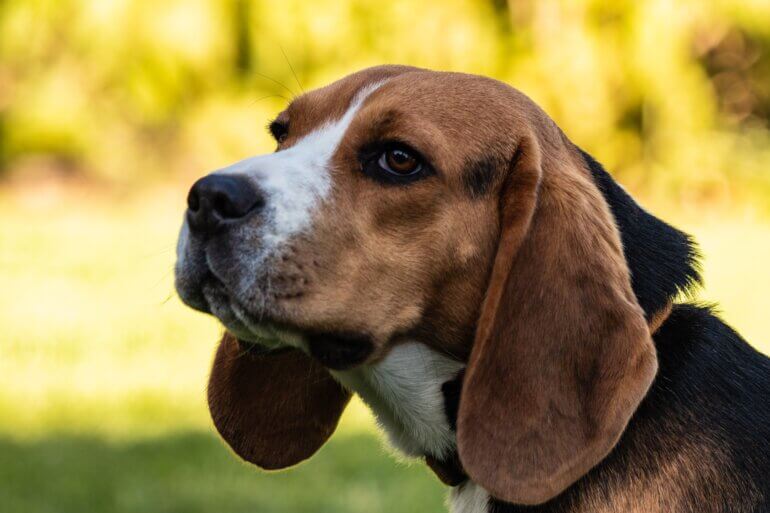 Listen to the dogs’ distressing whimpering in the new footage here.

Dogs Are Tortured on Our Doorstep

The new footage is filmed at MBR Acres in Cambridgeshire – right here in the UK – a factory farm where mothers are kept and forced to spend their entire lives as puppy-producing machines, allegedly churning out a total of between 1,600 and 2,000 offspring for medical testing each year.

Their puppies will be snatched from them and sent away at around 16 weeks old. They’ll be piled into crates carelessly and transported to laboratories, where they’ll be forced to inhale pesticides, fed toxic chemicals, or deliberately given heart attacks – before being killed and cut apart.

Experiments on Dogs Are More Common Than You Think

The beagles from this factory farm are no different from the playful, intelligent, and loving dogs that we welcome into our families.

Yet government figures show that dogs were used in 4,340 disturbing procedures in 2020 – 4,270 of them involving beautiful beagles.

Many of these horrific tests involve repeatedly force-feeding or forcing dogs to inhale substances for weeks, months, or even more than a year to measure the effects of repeat exposure on the liver, kidneys, lungs, heart, and nervous system.

Experimenters often administer drugs, pesticides, or other toxic chemicals by gavage – this means they insert a force-feeding tube down the dog’s throat so chemicals can be pumped into the stomach on a daily basis. Instead of receiving love and affection, these dogs will experience side effects such as vomiting, tremors, and raised temperatures. At the end of the test, experimenters will kill and dissect the dogs.

PETA’s affiliates have closed animal testing laboratories, had taxpayer grants cut off, and had experimenters prosecuted in the US, but in the UK, the government is ignoring studies that show dogs’ psychological and physical needs go out the window when they’re treated as nothing more than test tubes with paws.

PETA scientists have researched the utter failure of the animal experimentation paradigm to help humans suffering from disease, and they have a plan: the Research Modernisation Deal. PETA is calling on the government to embrace this new plan and direct its resources away from ineffective methods and towards better ones.

Sign our petition to show your support for PETA’s Research Modernisation Deal:

Activists are camping out around the clock to take a stand against MBR Acres. Join the Camp Beagle protests at MBR Acres Ltd, Sawtry Way, Huntingdon PE28 2DT, and speak out against this monstrous cruelty.

Order some free beagle posters, masks, and leaflets to take with you, or download and print them now.