Does Having a Dog Help? – Dogster 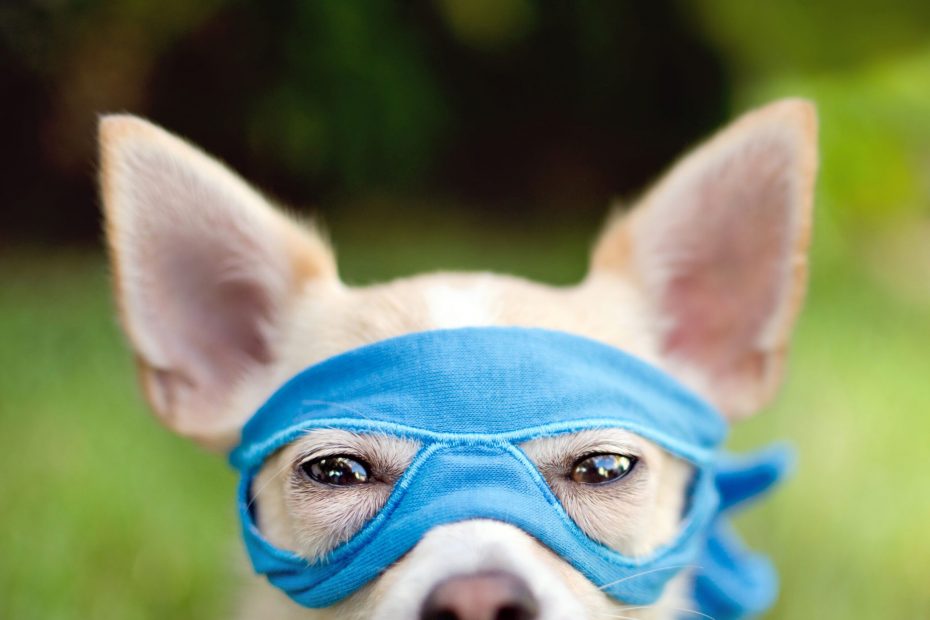 As the clock struck 2 a.m. earlier this year, Debi McNeil Tavin woke to the sound of turmoil.

Her family’s Catahoula-Aussie mix was barking furiously at something outside a window of their home. Then their 11-year-old Labrador joined in, providing backup.

“I heard our screen door close. I yelled to my husband, ‘Someone is coming into the house!’ I saw the person retreat down our stairs and run away,” Debi says.

Terrified, they called the police. Officers in their Massachusetts neighborhood never caught the culprit, but Debi credits their dogs for foiling the potential intruder’s plan. “I’m sure it could’ve been different if they didn’t scare him away and alert us,” Debi says.

Multiple studies and surveys of convicted criminals show having a dog may help prevent break-ins and keep your home secure. “Burglars don’t like when dogs are present,” says K. Campbell, a security and intelligence expert.

It seems like common sense — burglary 101: Don’t hit a house where a dog might bark and alarm the residents and neighbors — or risk a bite by a mad, snarling pooch.

One recent study found that dogs may not only help thwart crime in your home, but also your community.

“Neighborhoods where the rates of people with dogs are higher, will have lower rates of violent crime when there’s a lot of trust among those residents,” says Nicolo Pinchak, the study’s lead author and a doctoral student in sociology at The Ohio State University.

The key to this paw patrol is that people walking their dogs are more likely to talk to their neighbors and make observations. If something seems suspicious, they may call police.

“It’s not necessarily about your dog stopping the crime — it’s you. Walking the dog is giving you that sense of familiarity, that routine, that ability to identify problems,” Nicolo says.

Some scientists believe humans and dogs have been warding off wrongdoers together for thousands of years.

“It’s possible that one of the very early functions of dogs was to act as alarm systems,” says Erin Hecht, an assistant professor in the Department of Human Evolutionary Biology at Harvard University. “Their ancestors, wild wolves, were likely territorial. During the domestication process, humans intentionally or unintentionally may have hijacked that existing inclination to warn off intruders who were approaching their space.”

Dogs’ keen sense of hearing, smell and reaction to trespassers may be why cave humans kept them around — and dogs perhaps got some positive reinforcement food handouts for their behavior.

“If this process did indeed occur — which to me personally, seems likely — it would have been very early in the domestication process, which would explain why the inclination to bark at intruders is present in nearly all modern breeds,” Erin says. “In some breeds, this behavior may have been attenuated or even lost due to strong behavioral selection by humans.”

Dogs for home protection — or not

If your dog doesn’t instinctively bark, should you train them to react? Certified dog behavior consultant Barbara Davis, who is president of the International Association of Animal Behavior Consultants (IAABC), warns be careful what you wish for.

“I can’t tell you how many people call me and say, ‘I want my dog not to bark so much when somebody knocks at the door.’ That’s an unwanted behavior that a lot of people are looking to get rid of,” Barbara says.

But what about going beyond the bark and training your dog to attack or bite? Barbara says when people ask her, she discourages it.

“You can’t just take a dog from the shelter or the average dog, German Shepherds, Rottweilers, Dobermans or whatever it may be, and say, ‘You’re going to be a cop for my house,’ because the dog may not have a sufficiently stable temperament to do that kind of work,” Barbara says.

Many dogs you see on television fending off bad guys are highly trained working dogs — they are not always pets. Most are bred for the job; even then, some don’t make the cut.

“There is plenty of individual variation within breeds due to random genetic variation and variation in early life experience. Even within breeds that have historically been bred for watchdog functions, we may find individuals who just can’t be bothered to lift their head off the couch,” Erin says.

A safe and stable dog from a reputable organization may cost thousands of dollars. Their training and handling aren’t usually DIY.

“If you get a dog and train them to hate people and put them out in your backyard, that dog will likely bite anybody for any reason. You’re leaving yourself open to tremendous liability. Somebody’s gonna get hurt, and you’re going to be responsible for it,” Barbara says.

Beware of your liability

Legal experts say if your dog bites a trespasser or someone breaking into your home, the dog’s response can’t be grossly disproportionate to the threat.

“The problem is, how does a dog know the difference between (someone with) a gun, a knife or no weapon?” says attorney Jeremy Cohen, founder of Boston Dog Lawyers.

Jeremy says if your dog injures or kills an intruder, a court may have to assess what kind of threat the person posed. “You probably need to make sure that the dog is not trained to kill or to deliver any type of lethal bite. You’re looking for the dog to take the person down, not take them out,” he says.

People like mail carriers, delivery drivers, the pizza guy, the landlord, police officers and firefighters often have an implied invitation to be on your property. Your dog needs to know who is a threat and who is not. “The dog might not be able to differentiate, but the law certainly does,” Jeremy says.

No matter what kind of dog you have, make sure your insurance covers them. “Homeowners and renters insurance policies typically cover dog bite liability,” says Janet Ruiz with the Insurance Information Institute.

But it’s crucial to be honest with your insurance agent or company. Tell them if your dog has a bite history or specialized training. If your policy doesn’t cover your dog, there is additional insurance you can buy. Without the right coverage, you could face an expensive disaster.

“Most policies provide $100,000 to $300,000 in liability coverage, but if a claim exceeds the limit, you could be in big financial trouble,” Janet says. ”The dog owner is personally responsible for all damages above that amount, including legal expenses. A single lawsuit — even if won — can cost hundreds of thousands of dollars. And the greater a person’s assets, the more potentially is at risk.”

How to keep your home safe

Experts say if you want to keep your home safe, your dog should not be your only line of defense. You also don’t want your four-legged family member harmed during a break-in.

“It’s about layers. It doesn’t matter if you are doing security for the White House or corporate security,” K. says. “The more layers you have, the less inviting your property is.”

Debi says she is grateful she has dogs on duty as part of the security plan at her home. “I don’t think I’d ever feel safe without a dog in the house.”