How to Make a Dog Throw Up – Dogster 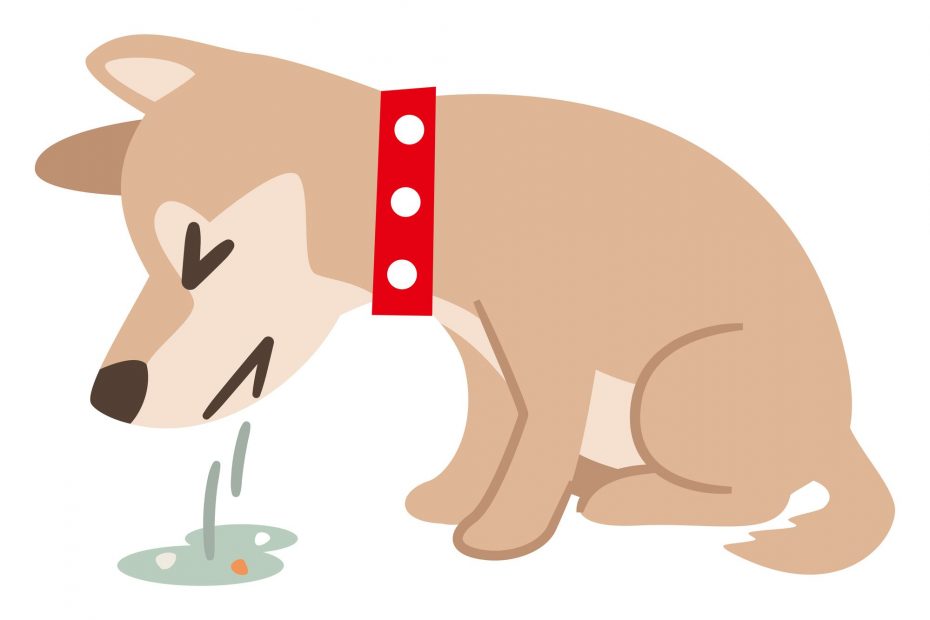 Dogs can be both curious and naughty, resulting in them inadvertently ingesting something that can make them sick and even be life-threatening. A quick reaction — making your dog throw up — matters. But how true is the rumor that making a dog throw up with hydrogen peroxide or baking soda is safe? We’ll show you how and when to safely induce your pooch to vomit.

When to make your dog throw up

Despite properly dog-proofing a home, a dog can still get into trouble by ingesting something poisonous that needs to get out of his system as soon as possible.

These household items could make your dog sick:

Keep a list of toxic items handy inside a kitchen cupboard, like this one from Pet Poison Helpline.

“How quickly you need to react will depend on what they’ve swallowed,” says Dr. Renee Schmid, senior veterinary toxicologist at the Pet Poison Helpline. “For things like xylitol or most medications, vomiting should occur within the first 1 to 2 hours. For liquids and chewable tablets, there is usually only a 15 to 20 minute window. For plant material and many baits, chocolate and grapes/raisins, you can usually have success several hours after the ingestion.”

While it usually comes down to a dog’s individual personality and behavior, Dr. Schmid says that according to calls received by the Pet Poison Hotline, Labradors and mixed breeds are the most likely dog breeds to eat foods that will require a human to make the dogs throw up.

How much hydrogen peroxide to make a dog to throw up

Dr. Schmid says that giving a dose of hydrogen peroxide to make a dog throw up is the only safe way to induce vomiting in a dog at home.

But, she cautions, “There is a limit as to how much hydrogen peroxide can be safely given, and too much can cause serious stomach issues. So, it’s a good idea to talk with a veterinary professional to determine the amount that can safely be given in terms of the size and weight of the dog. The hydrogen peroxide should be fresh, non-expired and still bubbly when poured out of the container.”

Give your veterinarian a call to confirm how much hydrogen peroxide to give your dog. However, here is the basic rule of thumb:

Use 3% hydrogen peroxide, which you can buy in the store or online. Use only 1 teaspoon per 5 pounds of your dog’s body weight, not going over 3 tablespoons. For example:

Your dog should vomit within 5 minutes. If he doesn’t, you can re-dose only once. If he doesn’t vomit within 10 minutes, rush your dog to the veterinarian. Any more dosage can cause serious stomach issues and then you’ll have even more of an emergency.

Make a bottle of hydrogen peroxide a household essential. There’s a six-month expiry date once a bottle has been opened. If unopened, check the expiration date detailed on the packaging, which is usually around three years.

Never give a dog baking soda to induce vomiting as it can result in serious electrolyte changes to a normally healthy dog and may even result in hospitalization. The same goes for making a dog throw up with hands. Attempting to get a dog to throw up with your hands can cause permanent damage to nerves needed to protect the airway.

Keep a pet first aid kit both at home and in the car. When a dog ingests something dangerous, you’ll need fresh hydrogen peroxide and syringes to administer it, plus gauze to wipe the mouth and jaw.

For additional advice, there’s a $75 fee for calling the 24-hour Pet Poison Hotline. The staff are trained to evaluate the danger and give detailed information on how to make your dog throw up and further determine whether the pet can be monitored at home or should be seen by a veterinarian.

While it good to know what to do should you need to make your dog to throw up, remember that when a dog vomits, aspiration also occurs, which means the automatic inhalation of the foreign substances into the airway and into the lungs. So, caution is key as vomiting should only be induced if there is really a true need.