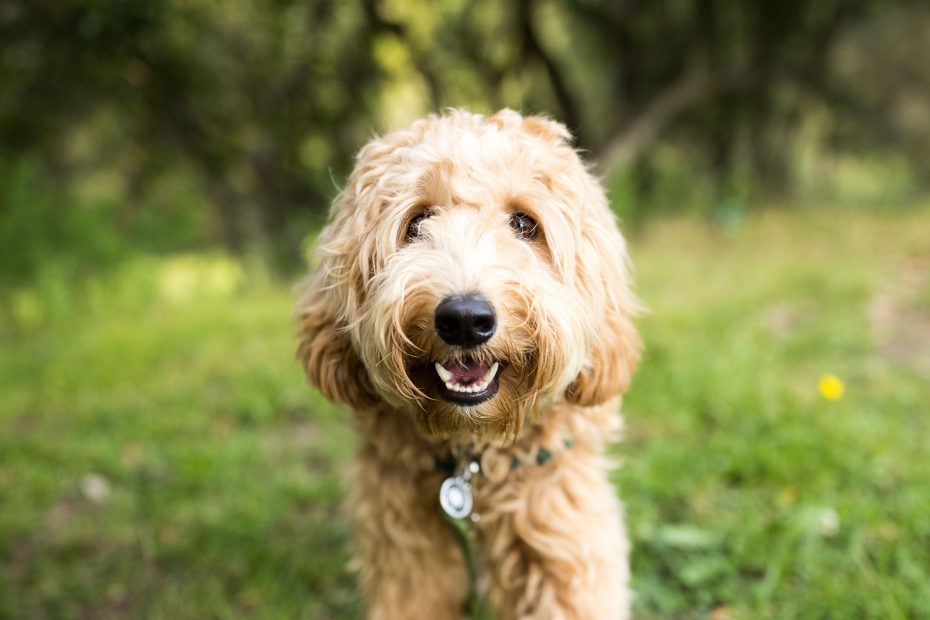 What is a Labradoodle?

Labradoodle appearance depends on whether she inherited more Poodle or Labrador genes. Poodles have thick, wavy to curly coats that are typically low-shedding and are prone to matting and tangles. Labrador Retrievers are moderate shedders and come in three colors, chocolate, black and yellow. They have dense, short double coats with the outer coat adhering to their love of swimming and the soft undercoat providing warmth.

Labradoodles range in color from white fur to dark and have furnishings, or the longer hair that surrounds a dog’s beard area and eyebrows and gives the Labradoodle the signature fluffy look. Poodles have the furnishing gene and Labrador Retrievers do not. Breeders can test for these genes and share results with potential Labradoodle owners. To learn more about how furnishing genes work, read out article about F1 v. F1B Oodles.

What’s the difference between a Labradoodle and an Australian Labradoodle?

While a Labradoodle has only Labrador and Poodle genes, an Australian Labradoodle also has Cocker Spaniel genes. The two mixed breeds have similar appearances and temperaments and are often grouped into one general “Labradoodle” category by the general public.

The Labradoodle is one of the most popular Oodles, based on the social affectionate and loyal nature of the Labrador Retriever. Both the Retriever and the Poodle are intelligent, highly trainable and have loads of energy. Both Labradors and Poodles are popular service dogs because of their consistent temperament and trainability and love to be around humans. Consequently, Labradoodles thrive on human interaction and owners need to allow them to express this or the dogs can become anxious and clingy.

How big do Labradoodles get?

The Labradoodle has a huge range in size from 15 pounds to more than 65 pounds, depending on what size Poodle is used for breeding.

Labradoodles can be great matches for families who have the time to socialize, exercise and teach their Labradoodle manners. Because both breeds are social, Labradoodles work well in families and with individuals who can include their dog in the daily business of their lives. Labrador Retrievers are bred to be outdoor adventurers and need ample time to run, fetch and socialize with their owners and other dogs. Crossed with the social and energetic Poodle, the Labradoodle needs an outlet to burn some energy both physically and mentally.

How to groom a Labradoodle

Labradoodles are high on the grooming maintenance list because their fluffy coats are prone to tangling and knots. They should be professionally groomed every 4-6 weeks, advises Dr. Chimes.

Professional grooming services should include:

Home grooming should include daily brushes with a comb and slicker brush.

“Daily brushing is the best thing you can do to prevent knots,” says Dr. Chimes. “It keeps their skin and coat healthy and less stinky by spreading the natural skin oils, while removing loose hairs and debris.”

How long do Labradoodles live?

Labradoodle longevity ranges from 12 to 15 years.

Labradoodles are in high demand, so we cannot emphasize enough, doing your research before choosing a Labradoodle breeder.