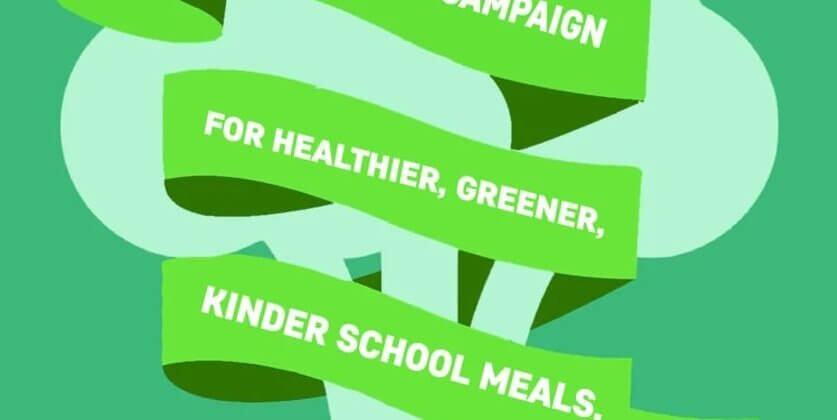 PETA urged the government to expel the school meat mandate in a letter today to the newly appointed Secretary of State for Education Kit Malthouse, with support from members of Parliament (MPs), councillors, environmental and animal protection NGOs, food companies, and medical doctors.

The letter calls for the removal of mandatory servings of meat – including fish – and dairy from school meals, as recently recommended by the National Food Strategy.

It’s the latest action in our campaign – which has also been backed by Sir Paul McCartney and his family, and award-winning teen vegan chef Omari McQueen – to revise the behind-the-times School Food Standards to benefit children’s health, prevent animal suffering, and reduce carbon emissions.

A Lesson in Compassion

The current meat and dairy mandates limit schools’ capacity to serve children climate-friendly vegan foods – which is essential given the mounting data that shows a vegan diet is the best way to combat the climate catastrophe. A recent study shows a global shift to vegan eating would result in a 68% decrease in carbon emissions. The government must do its homework and drop the backward-looking meat mandate. Doing so would also give schools the flexibility to serve food that isn’t a product of animal suffering.

The regulations are incongruous with the government’s own nutritional advice to the public – the Eatwell Guide – which allows for nutritional needs to be met with meat-free protein sources such as beans, peas, lentils, and mycoprotein.

Mandatory servings of meat, fish, and dairy – foods high in cholesterol and saturated fat – can contribute to obesity and other health problems, while a balanced diet of vegetables, fruit, whole grains, pulses, and sources of unsaturated plant-based fats can help children stay healthy.

Join us in urging the Department for Education to update the outdated School Food Standards to remove obligatory servings of meat and dairy, foods that have been found to harm the environment and human health: