At a special reception hosted by PETA, MPs had the opportunity to see and feel the world’s first faux bear fur, a fabric that has been expertly created by luxury faux furrier ECOPEL to replace the bearskins used to make the Queen’s Guard’s caps. 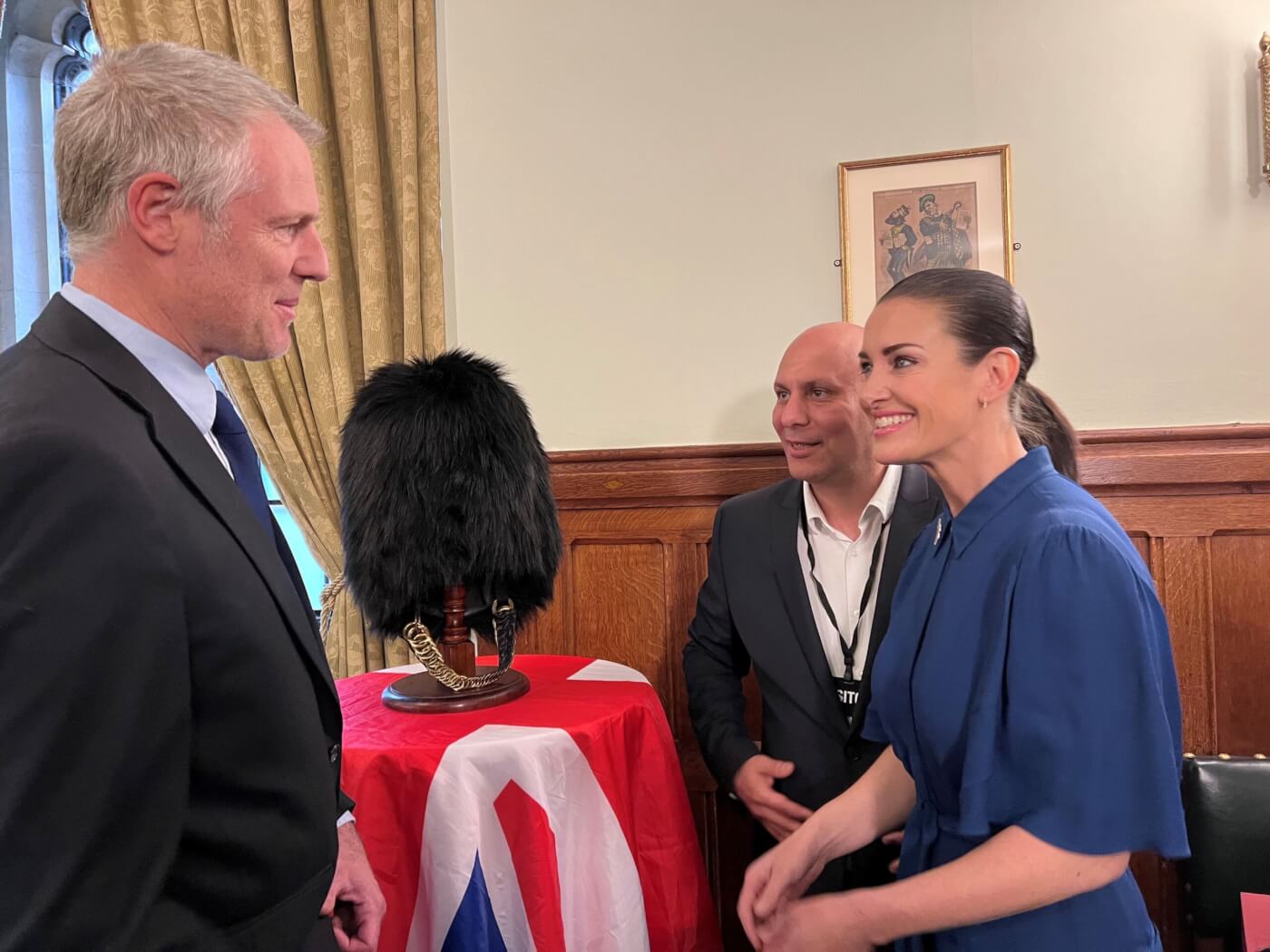 The event brought together campaigners and policymakers to call for the high-performing, humane material – which looks and functions just as real bear fur does – to be quick-marched into service. 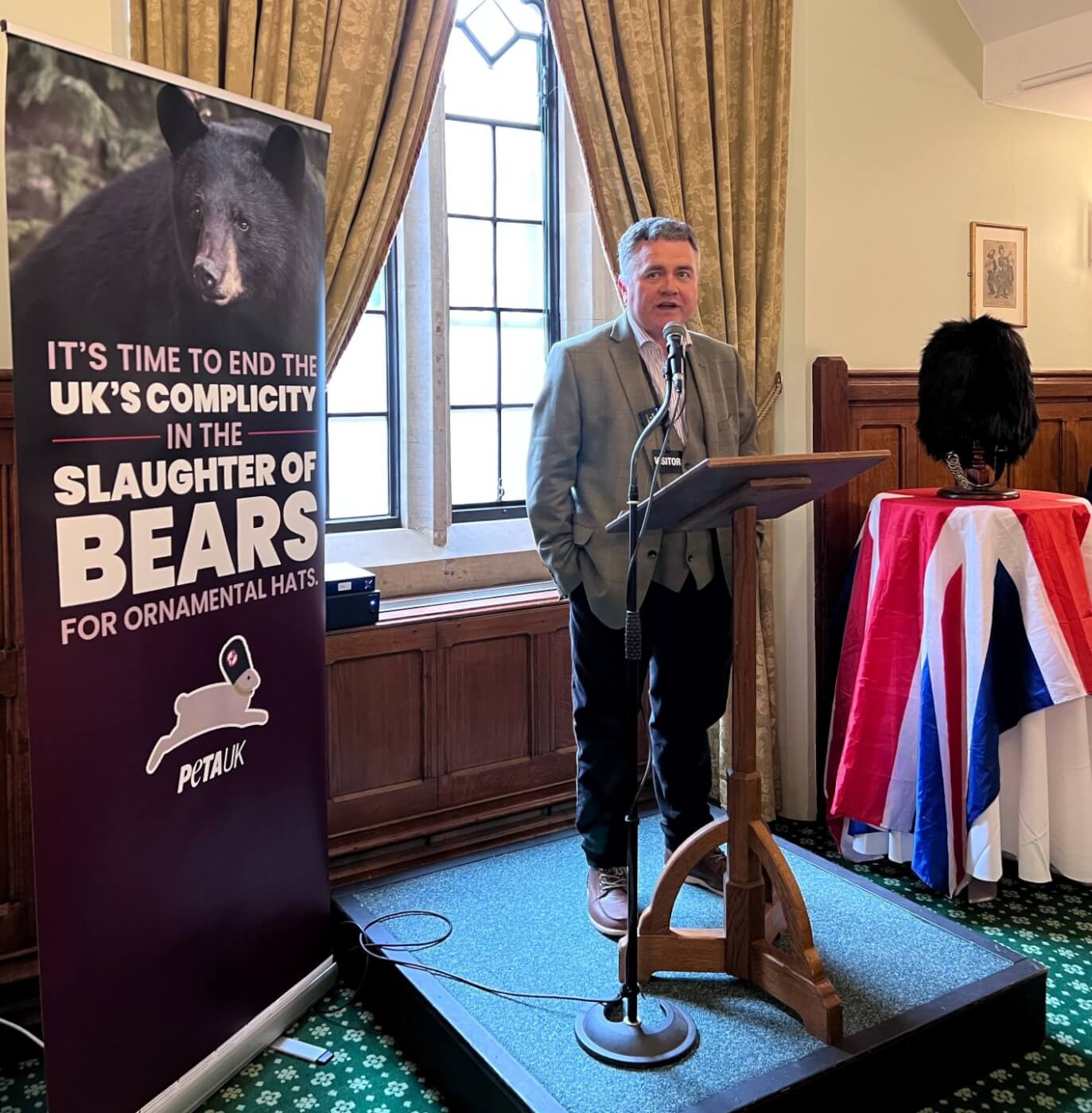 “I care about animals, and I believe, quite simply, that fur belongs to the animals who were born with it. Tradition is no excuse for violence, and by embracing this faux fur alternative created by PETA and ECOPEL, the Ministry of Defence would allow this national symbol to endure in a way that reflects modern society and its values.”

Thanks @PETAUK for inviting me to your parliamentary reception and for campaigning so brilliantly.

@TheRealKirstyG at @PETAUK reception: “I love animals and there is no reason at all use bear skin – making the switch to faux-fur makes perfect sense. Killing bears make no sense to me at all”. https://t.co/idLDP0qoUi pic.twitter.com/3b34MwvNET

Very glad to join @PETAUK to talk about the campaign to switch to faux bear fur for the Queen’s Guard’s caps. Earlier this year, I tabled an EDM on this topic: https://t.co/MvClBMPuZ4 pic.twitter.com/ISMVqBDsJW

Our Patron @SirRogerGale calls for an end to the cruel use of real bear fur for the Guards Caps at the @PETAUK reception today in the House of Commons #MODGoFurFree pic.twitter.com/Y2kw4IAnmP

A viable and humane faux bear fur has been tried and tested and is ready to go. ECOPEL has offered the MoD an unlimited amount of the material free of charge until 2030 – a move that could save over £1 million of taxpayer money.

ECOPEL’s fabric meets all the MoD’s requirements: it matches the exact length of real bear fur, is 100% waterproof, and performs similarly in “water shedding”, drying rate, and compression tests. 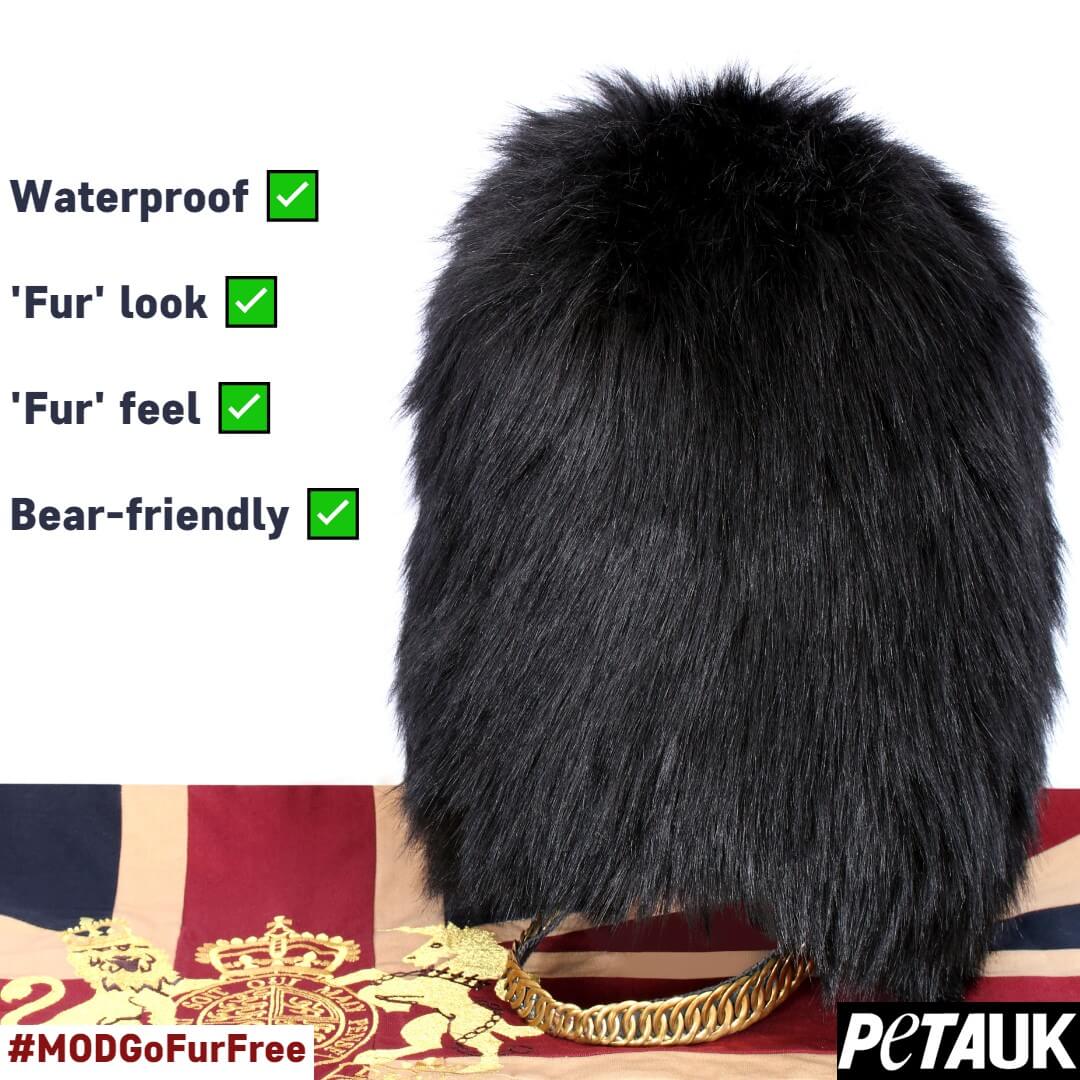 One Bear = One Cap

The MoD claims that bears are killed as part of Canadian government culls, but PETA has found no evidence that any culls of this sort exist in any province or territory of Canada. In reality, hunters obtain permits to bait and kill bears, whose fur is then sold to auction houses.

Some bears are shot several times before they die, and some escape only to bleed to death. When mother bears are killed, their cubs are left to starve.

Bears Need You to Take Action

Tell the MoD that there can be no more excuses. Add your name to our petition. We urgently need 100,000 signatures to trigger a debate in Parliament: